In My Mind’s Eye…

I don’t just look at something – I take it apart and put it back together in my mind’s eye.  I look at composition; I look for natural design, color and contrast.  I’ve made my living holding a camera and inspiring people to see what I see.  Working mostly in advertising, I’ve traveled the world – London, Tokyo, Rio, Paris, Frankfurt, Japan, Vietnam, Cambodia and all over the US – on assignment.  Remember Diner’s Club?  I worked with a professional creative team as the photographer for the agency who was behind those images that made you want to jump on a plane and stay at that luxurious hotel in Paris or watch, just a short distance away, the flamenco dancer clacking her castanets, in Spain.

I also became adept at hanging out of a helicopter — strapped in, feet on the struts – to get that panoramic view of the cruise ship leaving the harbor or the bow of a speedboat crashing through the waves.  Did you know a helicopter can fly backwards?  Well, I’m here to tell you they can and it can be rather hair-raising.  In one unforgettable photo shoot, we were flying very low over the water to get the image we wanted.  So low, in fact, that as I was positioning my camera, I realized we had missed a channel marker by “this much”.  Unnerving might be the word to use here.

There were other shoots, but perhaps most notable Leona Helmsley, the Queen of Mean.  I finally ‘settled down’ with Tiger Direct, a not-as-exciting but definitely well-paid position as their corporate photographer.  When they folded, I did a little freelance and then retired.

By the way, I’m often asked about the camera that I recommend.  Here’s a piece of advice you can take to the bank:  The best camera in the world is the camera you’re willing to take with you all the time.

Like all of us who hit a certain age, I decided it was time to sign up for social security.  It was Friday the 13th (December 2019).   Anyone who’s done this knows they ask a lot of questions, such as, your social security number.  When I gave it, I left out a number; I didn’t notice it, but my wife, Sheah, did.  As I finished the process, Sheah asked me if I felt ok about this – it is a major milestone most of us don’t think about – and my response was a mumble.  Fortunately, Sheah worked in the medical profession and immediately knew something was wrong.  She quickly conducted the FAST test (smile, holding out arms/grip, speech) and instantly knew that I was having a stroke.  Calling 911 and getting to a hospital fast probably protected me from much worse.

After ICU, I was transferred to Miami’s Jackson Memorial Hospital with its own in-house rehab.  I was finally able to come home on January 25th, but my left arm was useless.  Home health care came, but it was not all that helpful.

And then the world shut down due to COVID.

Fortunately, Miami Physical Therapy never closed as they understood how important time is to healing.  They have a VitaGlide® and I’ve been able to build up strength using the machine.  My therapist, Carla, who is fantastic, is encouraging me to push farther up the arm channels to stretch.  This is so important in the rehab process.  Stretching is giving me a fuller range of motion and I’m able to use my shoulder more.  I’m seeing great results – I started PT at three times a week, but am now down to twice a week and OT once a week.

I hope you never have the experience I do, but if you do, here’s my advice.  Keep moving – you’ll get better.  Just see it in your mind’s eye….

Preventing Pressure Sores: One Product that is Leading the Way

Preventing Pressure Sores: One Product that is Leading the Way

May Is Stroke Awareness Month 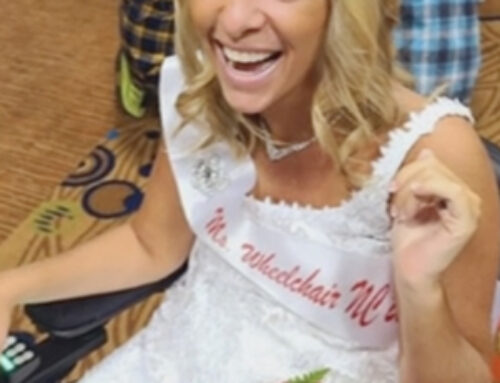 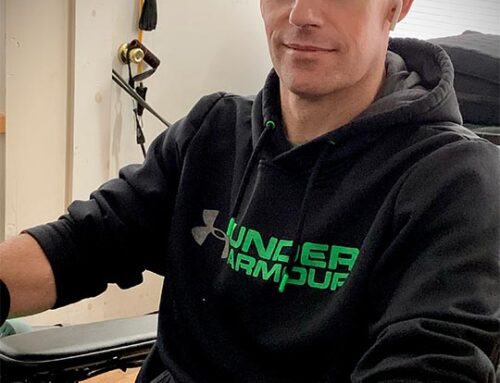